Showing posts from January, 2011
Show all

The Vanishing On 7th Street 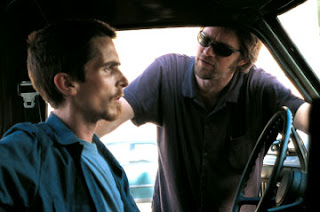 Brad Anderson the brilliant director behind The Machinist, Session 9, and Transsiberian has created a new realm of fantasy terror with The Vanishing On 7th Street, the only problem is how unevenly all the elements come together.

We've been avid fans of Anderson's work since his psychological breakthrough Session 9.  In his first film he revamps the twist ending by throwing a curve ball no one sees coming and makes it work because the film has an atmosphere and mood that aids in the development of the twist.  The same can be said with The Machinist.  Again he creates a wonderfully told story of a man's guilt that haunts him to the point of his own death.  With Christian Bale becoming a pure method actor and loosing too much weight, they created a world of madness that gave them the buzz they both deserved.  Then we come to Transsiberian, which was another fantastic acting spectacle.  These three films put forth the idea that Anderson is great at creating tense situations thr…
Post a Comment
Read more 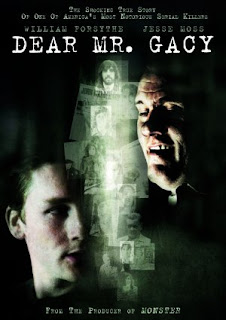 Svetozar Ristovski's adaptation of Jason Moss' superb book The Last Victim plays out like a made-for-TV movie.  Jason Moss was a young eager student who developed a theory to gain unfettered access to the mind of a serial killer by portraying himself as their perfect victim.  He wrote to Charles Manson, Jeffrey Dahmer, Henry Lee Lucas, Richard Ramirez, and of course John Wayne Gacy.  The correspondences between himself and these monsters led Moss to his darkest place.  His desire to become an FBI profiler was eventually met with open arms and his research provided a deeper understanding of the psyche of these killers.  Unfortunately this film really doesn't dive into the complete story of Jason Moss, instead it keeps to a simple plot of being driven mad by his encounters with Gacey.  William Foresyth plays Gacey extremely well and the film delivers most of Gacey's brilliance in manipulation: which did cause the real Moss to break down little by little.  …
Post a Comment
Read more

Let Me In: A Complete Waste Of Time? 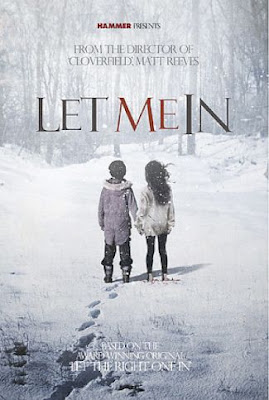 Instead of a lengthy comparison betweenLet The Right One In and Matt Reeves remake, we'll just stick with the basics.  Yes, this is an inferior remake of a foreign film.  Yes, Reeves takes out the subtlety and ambiguity that made the original such a powerful and beautiful work of art, and instead replaces these elements with bouts of action and decent make-up effects.  We would like to say that there is no merit to Let Me In, but that may be too harsh so lets look at the facts.  The in-medias-res beginning we thought would take this film into the realm of the book, but instead it is needlessly placed to spruce up the twenty minute test (for non-screenwriters out there this is the captivating twenty pages/minutes that will ultimately capture your viewer and if this fails then the rest will as well).  Our new Hakan is now played by the brilliant Richard Jenkins and is miscredited on IMDB as "The Father," this may shed some light on how exactly Reeves ruins entire storyline…
Post a Comment
Read more
More posts