Showing posts from February, 2012
Show all 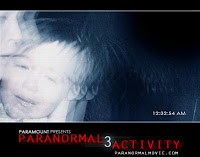 Welcome to our first list.  2011 was a great year for horror, maybe not mainstream horror but the independent and foreign markets made up for it.  We saw for the most part an uprising of the absurd.  Films that may not be strictly canonized as horror filled the gaps simply because they had no set genre.


Our list features no remakes, but interestingly enough two sequels, a parody, and a slew of homage films.  While other lists include Attack The Block, and The Dead our writers were slacking on that front.  Stay tuned, we may have to amend our list.  Without further digression here is the CineNiche top 11 of 2011.


11.) Paranormal Activity 3
The Catfish guys were tapped to make a follow up film for the Paranormal franchise and came up with another prequel.  This marks the only trilogy to ever work backwards.  The scares are made more intense by the total lack of newer technology.  The story, even with a few plot holes, deepens the mythology of the series.  This is a must for fans of the sup…
Post a Comment
Read more
More posts