Showing posts from September, 2013
Show all

Our Week In Telluride 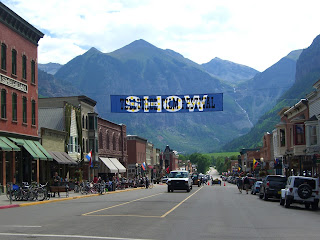 Cineniche's editors were given the opportunity this year to invade the Telluride Film Festival. It was a week of celebrity sightings, immense beauty, intense hiking, and film premieres.

We have close friends who have given up on the modern hustle that city life can be. It has been to their benefit, we have never seen the couple more at rest. They moved out to the tiny village nearly a year ago and now live in the serenity of a mountain paradise.

Telluride, CO is a mountain town nestled in the middle of nowhere. It sits at an elevation of 8,750 feet and boasts a population of around 2,500. Originally established as a mining town, it has now become the alternative to Aspen. Seeing a ski resort during the summer is odd because you see all the paths that lay in wait of that first snow. Besides the great slopes, Telluride is also a host to countless festivals. This brings us to the film fest.
Each year as film festivals gear up for their time to shine, they release program guides …
Post a Comment
Read more
More posts